The inflectional morphology of Chichimec, an Oto-Manguean language of Mexico, involves complex stem alternations patterns which may co-occur with tonal contrasts. These interactive visualisations allow users to rearrange the paradigm and view the effects of each process in isolation, illustrating how technology can aid us in viewing – and understanding – complex linguistic data.

A lexical split is an inconsistency in the paradigm of an inflected word. The splits in this cross-linguistic database cover a broad range of phenomena. In many cases, lexemes exhibit multiple splits which cross-cut each other; these ‘component splits’ are clearly illustrated in the database to allow users to see how the different factors contribute to the overall surface complexity of words.

The inflectional morphology of Skolt Saami, a Finno-Ugric language of Finland, involves three morphophonological processes which cross-cut each other, giving rise to multiple stem allomorphs. These interactive visualisations allow users to rearrange the paradigm and view the effects of each process in isolation, illustrating how technology can aid us in viewing – and understanding – complex linguistic data.

Nuer is a Nilo-Saharan language spoken in South Sudan and Ethiopia. Nuer Lexicon is the first interactive online dictionary of this major language of East Africa. Users can search in Nuer or English, listen to examples from different dialects and explore noun and verb paradigms in Nuer orthography and IPA using tools that reveal different morphological patterns.

A Prominent Internal Possessor is a possessor that behaves, fully or partially, as if it were a clause-level element and the head of its own phrase, even though there is no independent evidence that it is external to the nominal phrase to which the possessed item belongs. Such possessors can be said to exhibit a higher level of syntactic (and possibly functional) prominence than their regular counterparts.

Endangered Languages and Cultures of Siberia

This multimedia collection of linguistic and cultural information consists of a corpus of original texts in several minority languages in audio or video format with transcriptions, translations and analyses, as well as general information about the language, references, dictionaries, and images, to document a wide range of phenomena from Siberian languages and cultures.

This online exhibition of pictures and cultural artefacts for the Austronesian language Kilivila and the Papuan language Mian explores the threatened cultures and categorisation systems of two endangered languages of Melanesia. While Kilivila has a an extensive system of classifiers with a great number of distinctions, Mian has a dual system, which combines four genders and six classifiers.

Archi is a Lezgic language spoken by about 1200 people in the highlands of Daghestan. The online version of the Archi-Russian-English Dictionary contains sounds files, digital pictures of culturally significant objects, idioms and example sentences with interlinear glossing. It can be searched in English, Russian and Archi (using Cyrillic or IPA).

SENĆOŦEN is a Salish language spoken by the Saanich First Nations community of Vancouver Island, Canada. The Saanich Verb Database is a searchable resource of SENĆOŦEN data provided by four Saanich elders between 2005 and 2012.

Features are fundamental components of linguistic description that have proven invaluable for grammatical analysis and and have a major role in contemporary linguistics. The Grammatical Features Inventory provides evidence for the diverse content of features in the world's languages and discussion of some of their formal properties

Periphrasis reveals how the construction of meaning in language is apportioned between morphology ('bright' and 'brighter') and syntax ('intelligent' and 'more intelligent'). The Surrey Periphrasis database systematically catalogues data from a sample of 19 languages in a fully structured way to help explore the role of periphrasis in inflectional paradigms.

Deponency describes mismatches between morphology and morphosyntax. A mismatch occurs where the word form is used in some function incompatible with its normal function. The Typological Database on Deponency records the logical space of deponency: What features may be affected, and what are the characteristics of the resulting paradigm? The Cross-linguistic Database on Deponency looks at the presence of morphological mismatches in a controlled sample of genetically and geographically diverse languages.

Suppletion is a morphological phenomenon where different inflectional forms of the same sign are maximally regular in their semantics, yet maximally irregular in form. For a sample of 34 languages, the Surrey Suppletion Database encode phonologically distinct stems that belong to the same paradigm and defines the categories along which the suppletion happens.

The notion of 'short term morphosyntactic change' can be used to characterise changes in the use of forms in a short period of time even when the forms themselves have changed relatively little. The Short Term Morphosyntactic Change (STMC) Databases explore change in six different morphosyntactic phenomena in Russian over a 200 year period from 1801-2000.

Agreement is the expression of grammatical information in the ‘wrong place’: a relation that can be described in terms of controllers, targets, domains, categories and conditions. The Surrey Database of Agreement encodes information on agreement in fifteen genetically diverse languages and contains reports for the sample languages, providing pointers to examples illustrating different instances of the phenomenon.

Person syncretism occurs when two or more person values are represented by a single form in the inflectional paradigm for agreement with an argument on verbs. The Surrey Person Syncretism Database records properties which might be conditioning factors for syncretism (such as TAM, inflectional class, gender of the subject and syntactic context) in a sample of 111 languages.

The term 'syncretism' refers to the phenomenon whereby a single form fulfils two or more different functions within the inflectional morphology of a language. The Surrey Syncretism Database encodes information on inflectional syncretism in 30 genetically and geographically diverse languages, across morphosyntactic features such as case, person, number and gender. 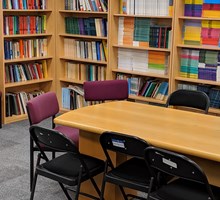 As part of the research conducted within Surrey Morphology Group a substantial number of annotated and working bibliographies have been produced covering different methodological approaches, language families or morphology properties.