Archi is a Nakh-Daghestanian (North-East Caucasian) language of the Lezgic group. It is spoken by about 1200 people living in six settlements situated within walking distance of each other in the highlands of Daghestan in the Russian Federation. The settlements are situated in valleys along the river Khatara (4 settlements) and its tributaries (2 settlements). All Archi settlements are at over 2000 meters above the sea level. Traditionally, Archi people breed sheep; until recently they also grew crops (barley, spelt and wheat), but this has been in a decline since all the land Archi own is on the steep slopes and hard to work on. The language is characterised by a remarkable morphological system, with extremely large paradigms, and irregularities on all levels. 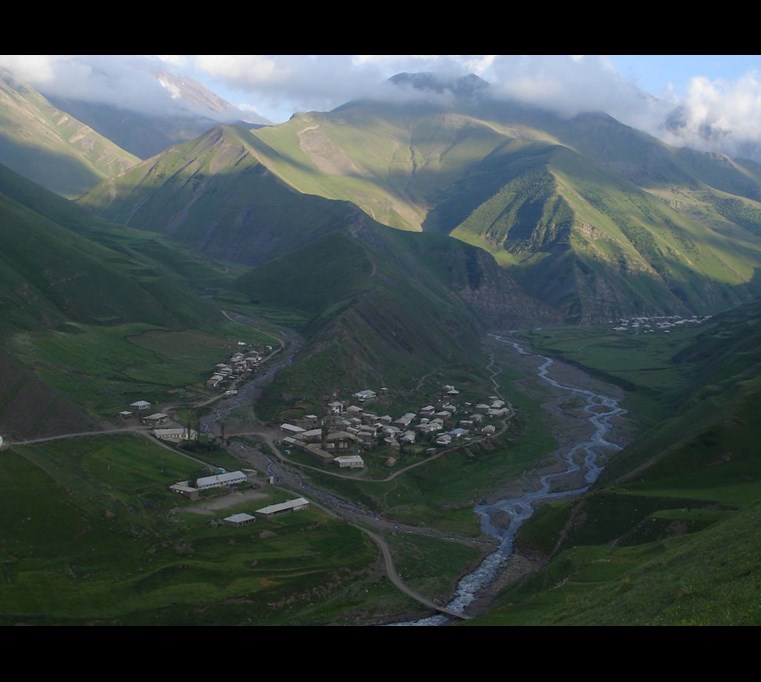 Archi settlements on the Khatara river and its tributaries. 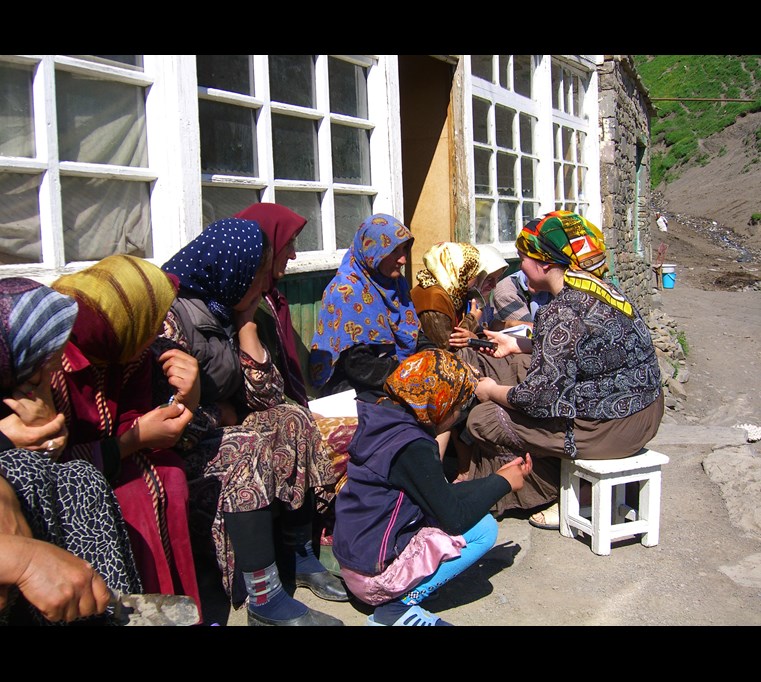 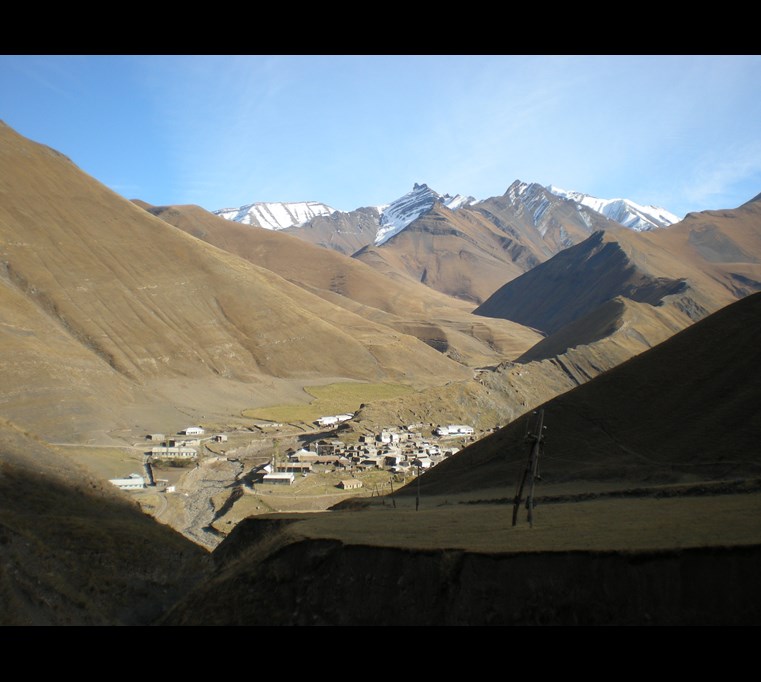 The highlands of Daghestan

All Archi settlements are at over 2000 meters above the sea level.