The Alor-Pantar languages are a group of at least 20 non-Austronesian (“Papuan”) languages spoken on the islands Alor and Pantar in eastern Indonesia. The Alor-Pantar languages form part of the Timor-Alor-Pantar family, which also includes the Papuan languages of Timor. The languages have small speaker numbers, 5000 on average, and are under pressure from the local Malay variety as well as the national language, Indonesian. Before the start of this project the theoretical linguistic community was largely unaware of these languages.

Typologically, the Alor-Pantar languages are interesting because all of them have one or more sets of verb affixes which are used to encode event participants. While the forms of these affixes are very similar across all Alor-Pantar languages, the way the affixes are employed in the grammar of individual languages and the semantic factors of animacy, volitionality and affectedness, which impact on their use are widely different.

Dr Sebastian Fedden, the researcher on this project, investigated the grammatical encoding of participants in the Alor-Pantar languages, particularly in Teiwa, Adang, Kamang and Abui, using text corpora and structured elicitation in the field, and he developing a set of video stimuli specially designed for the investigation of participant encoding which were used in the field. 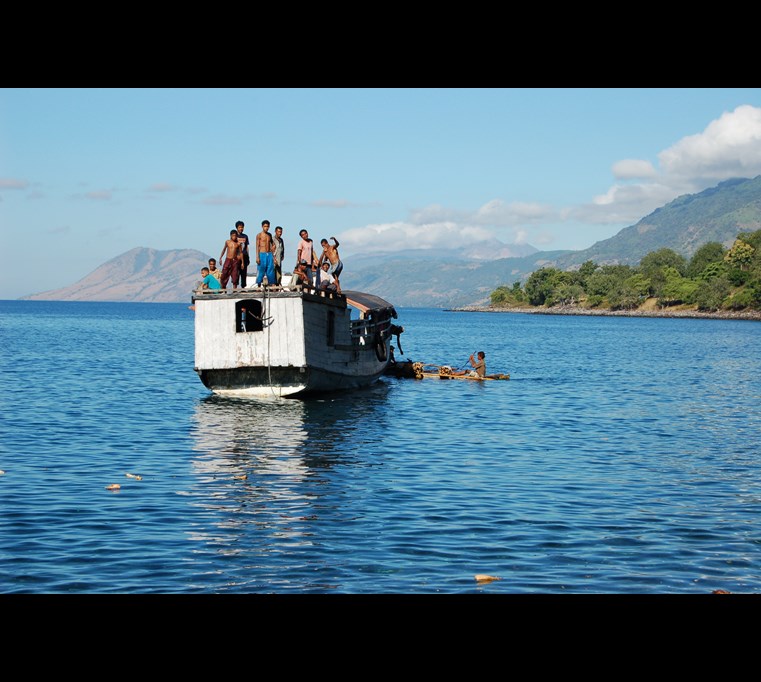 A boat connecting the islands of Pantar and Alor, waiting for passengers near the coast of Pantar (© M. Klamer). 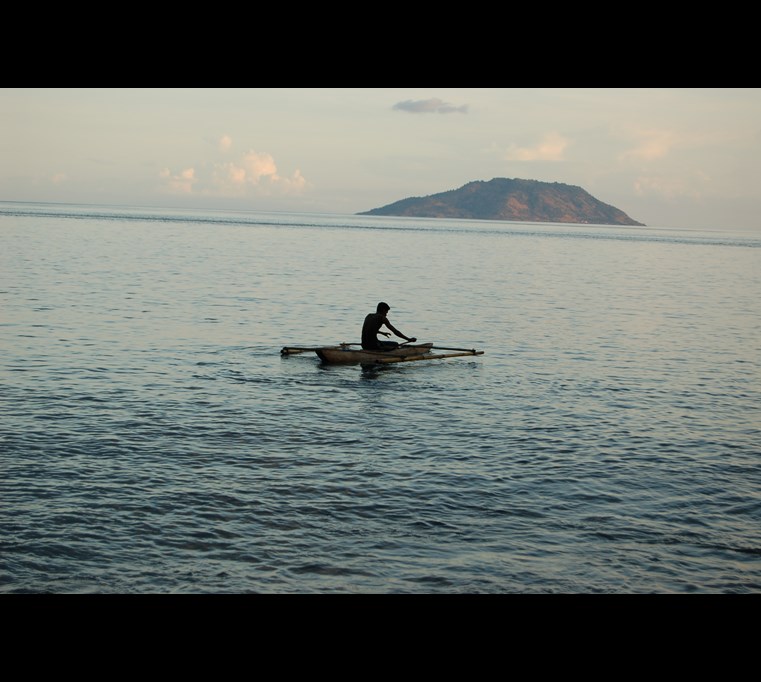 A fisherman off the coast of Pantar, looking towards Pura island (© M. Klamer).