The Oto-Manguean languages are a large family of nearly 200 languages spoken by over 2.3 million people throughout central and southern Mexico. This language family is the most diverse and most geographically widespread language family in Mesoamerica and its internal diversity is comparable to that of the Indo-European languages. The two largest branches of this family comprise the Zapotecan and Mixtecan languages, spoken by almost 1.5 million people, predominantly in the state of Oaxaca. Aside from these large sub-families, the Oto-Manguean family includes a number of other sub-families, including Oto-Pamean, Chinantecan, Popolocan and Tlapanecan languages.

The viability of the Oto-Manguean languages varies tremendously, from languages with more than 100,000 speakers, as in the case of Mezquital Otomi, to languages with several hundred speakers, right down to a number of highly endangered or moribund languages with only one or two elderly speakers still alive.

The Oto-Manguean languages are well known for being tonal languages. They are, however, less well known for their incredibly complex inflectional class systems brought about by rich arrays of suffixes, prefixes, complex tonal patterns and stem alternations which may co-occur in a single word form. This unparalleled complexity is of particular interest to linguistics, especially to those working in the fields of typology and morphology, and it is these inflectional systems which are the focus of the research project “Endangered Complexity: Inflectional classes in Oto-Manguean languages”. 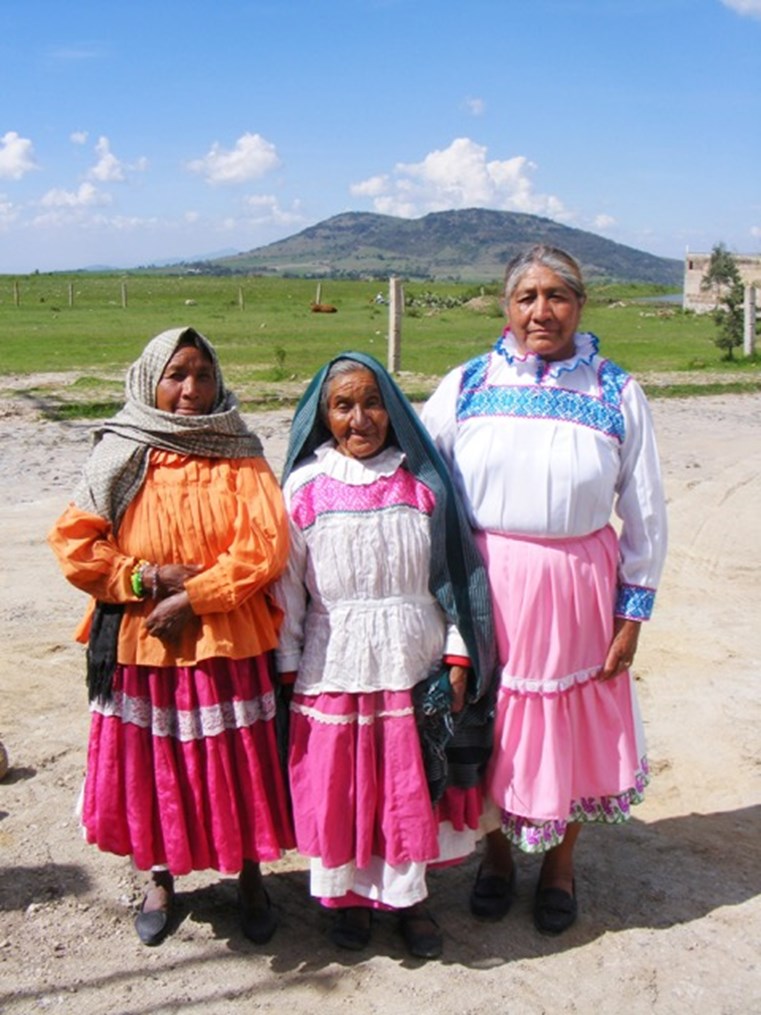 Mexico is especially colourful, in part to the vibrant textiles produced by the local communities, but also because traditional clothing is not reserved solely for special occasions but worn on a much more regular basis, as seen in this photo of three Otomi speakers.