Chichimec (also known as Chichimeco-Jonaz, Chichimeco, Chichimeca or ’Uza) is an Oto-Manguean language of Mexico spoken by around 1000 people in Misión de Chichimecas, a neighborhood of the town of San Luis de la Paz, Guanajuato. The closest relative to Chichimec is the Pame family with which it forms the Pamean subgroup of Oto-Pamean.

Verbal inflection in Chichimec is characterised by complex stem alternation patterns, with some verbs having up to five distinct stems. These stems occur with prefixes that encode person, number, and tense/aspect/polarity values. There are three different past tenses: the immediate past is used when something has just happened moments ago; the recent past is used to express something that happened earlier the same day; and the anterior past encodes all events that happened yesterday or earlier.

As with many Oto-Manguean languages, Chichimec is a tonal langugage, where a change in the pitch of a vowel may signal a difference in meaning. For a subset of verbs, tone alternations add an additional layer of complexity to the already intricate inflectional system. 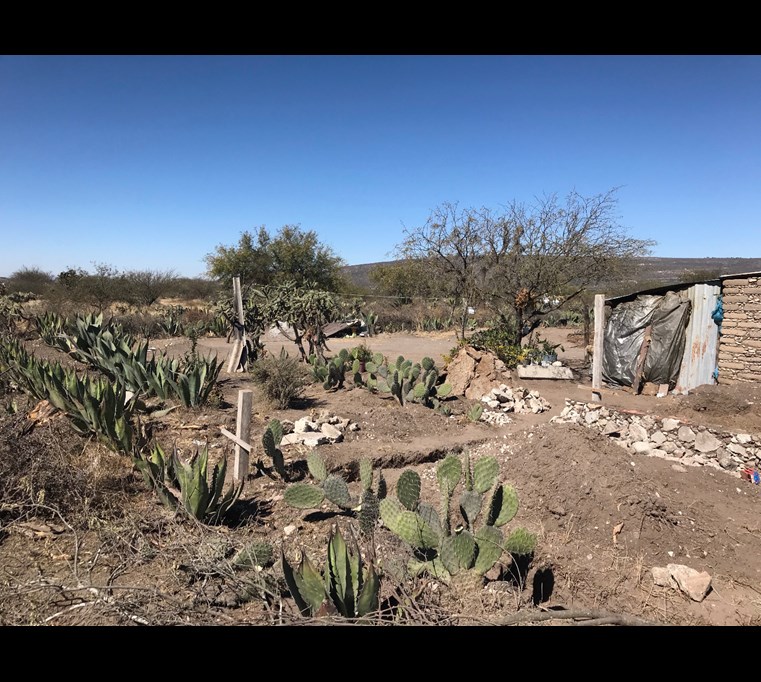 A huge variety of cacti grow abundantly in this arid part of Mexico, and both the fruit and the cladodes of the prickly pear variety are eaten. 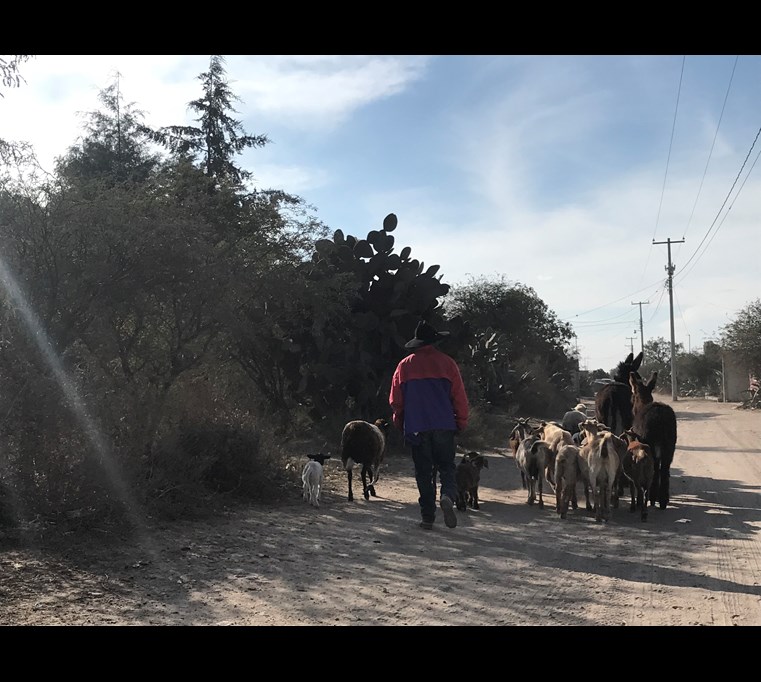 In Misión de Chichimecas, where most Chichimec speakers live, the sound of braying donkeys, bleating goats and crowing cockrels are all part of the atmosphere. 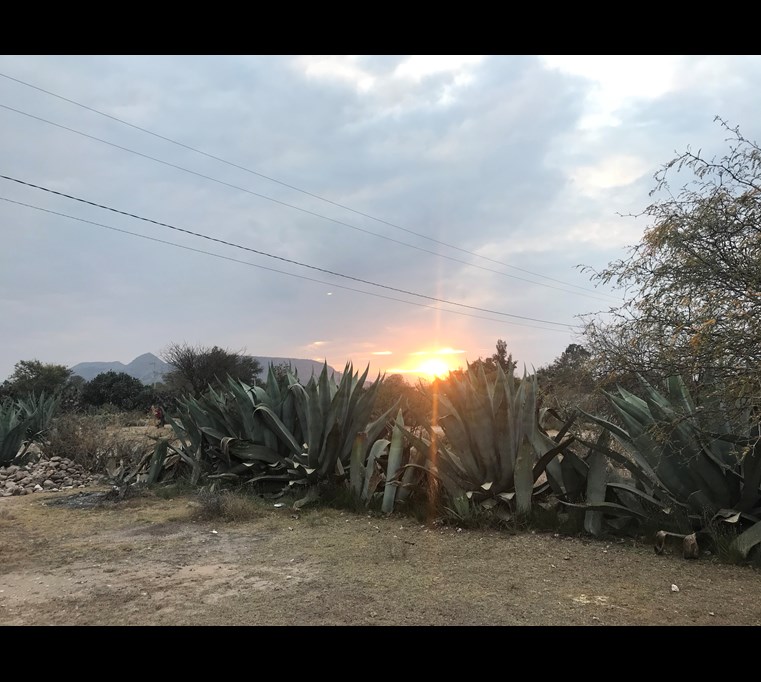 Located on the Mexican Altiplano, at certain times of the year temperatures in Misión de Chichimecas can drop to below freezing after the sun sets. 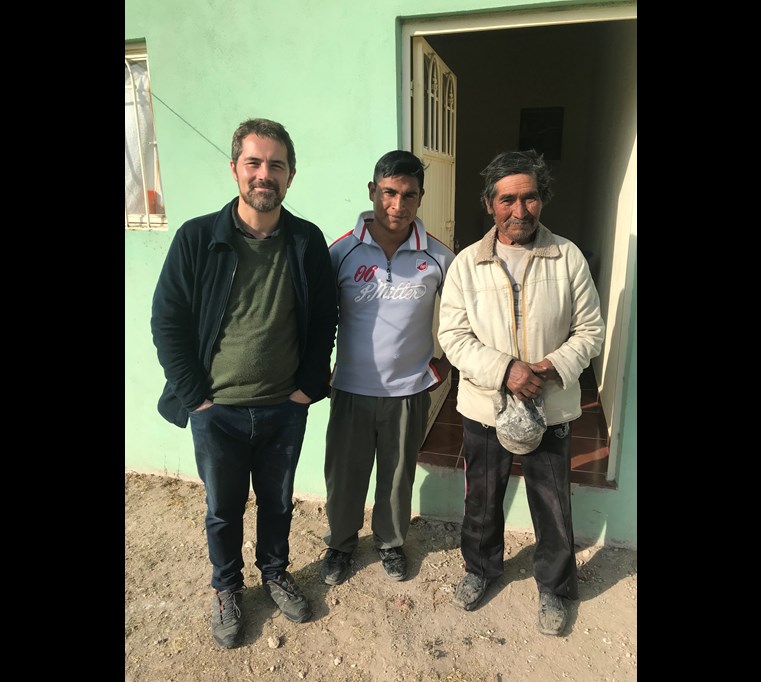 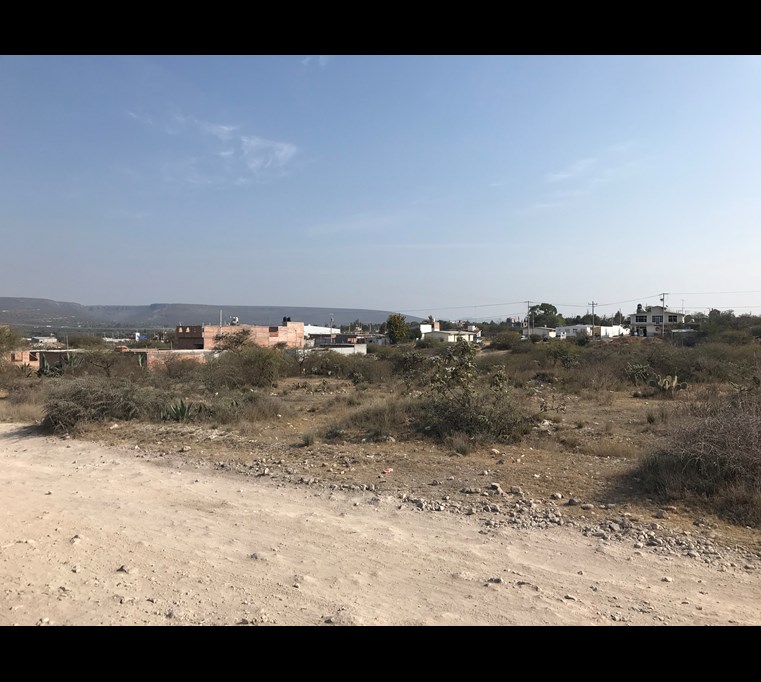 Misión de Chichimecas is a community located on the outskirts of the town of San Luis de La Paz, in the Mexican state of Guanajuato.