The presence and absence of information are sometimes equally useful for communication. A substantive example of this paradox is found in languages where the presence of information that is usually considered to be essential for establishing grammatical relations within a clause (known as ergative case marking) is 'optional' under certain conditions. Far from being communicatively uninformative, the absence of ergative case marking has been linked to a range of different effects on the meaning of a clause within languages exhibiting this variability (e.g. Bickel 2008, McGregor 2010).

This phenomenon is attested in many languages of the Himalayas, yet little is currently known about possible variation in optionality across closely-related minority languages in contact. This research aims to investigate the factors that underlie the distribution of ergative case in corpora from four under-described Tibeto-Burman languages of Nepal (Manange, Manang Gurung, Nar-Phu and Gyalsumdo) and to contribute to our understanding of the morphosyntactic features involved in the optionality of case.

This project is conducted in collaboration with members of the The Manang Languages Project, linking scholars at Southern Illinois University, Edwardsville (SIUE) and  Tribhuvan University, Kathmandu with Surrey Morphology Group. 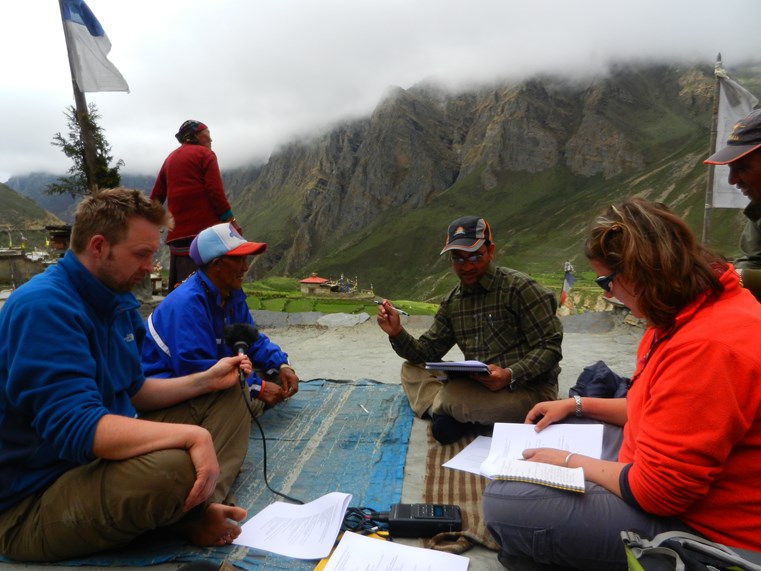