Skolt Saami is a Finno-Ugric language spoken in the far northeast of Finland, in the villages of Sevettijärvi and Nellim and the surrounding area. The Skolt Saami community number around 600 in Finland, although the language is only spoken by approximately 150-300 of them. A growing interest in the language among younger members of the community, combined with renewed revitalisation efforts, provide hope for the future of Skolt Saami, although it is nevertheless considered a seriously endangered language.

From a linguistic perspective, Skolt Saami is noteworthy for its complex phonology and morphology, and the interaction between the two. Its phonology exhibits contrastive vowel length, consonant gradation, vowel height alternations, suprasegmental palatalisation and a three-way distinction in phonological quantity. On the morphological level, twelve inflectional classes can be identified for nominals, which may inflect not only for number and nine grammatical cases, but also to mark a possessor, giving rise to over seventy distinct forms.

For his doctoral thesis, Dr. Timothy Feist wrote the first comprehensive grammatical description of the Skolt Saami language, using both primary data, collected over the course of several field trips, and existing materials. Below are a number of photos he took during his field trips. 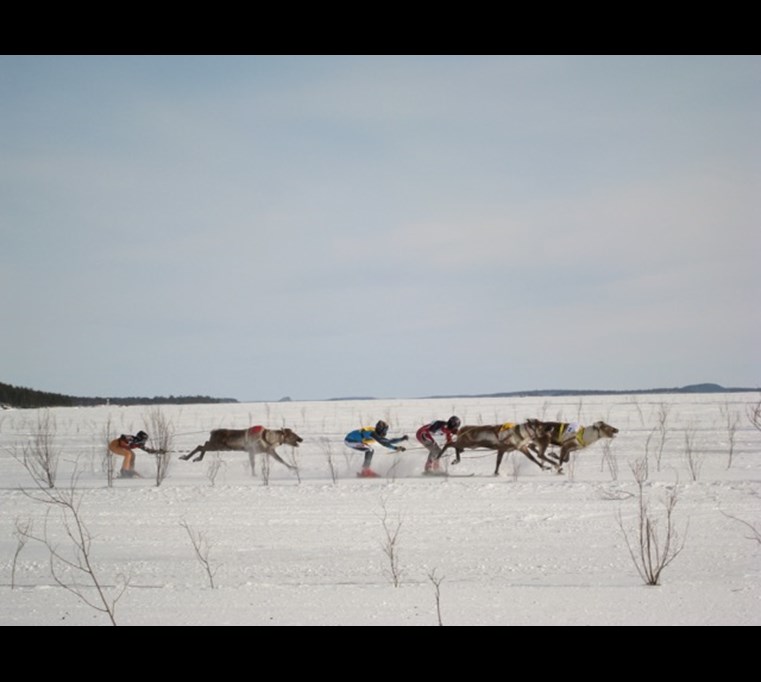 Reindeer are an integral part of the Skolt Saami way of life and reindeer husbandry remains the main source of employment for the community. However, in addition to providing a source of both food and income, reindeer can also be a source of entertainment, as seen here at the annual reindeer races held around Easter on the frozen waters of Lake Inari. 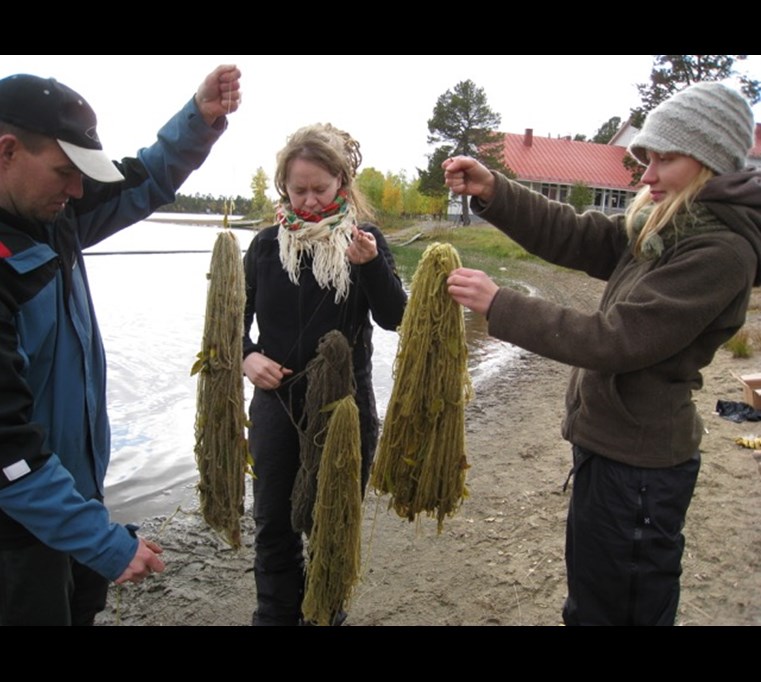 The Skolt Saami are particularly apt at making use of natural resources in traditional arts and crafts and events are organised throughout the year to keep these traditions alive. One such event was a session to learn about traditional wool-dying techniques. Here, members of the community are seen removing the birch leaves that were used to dye this wool green. 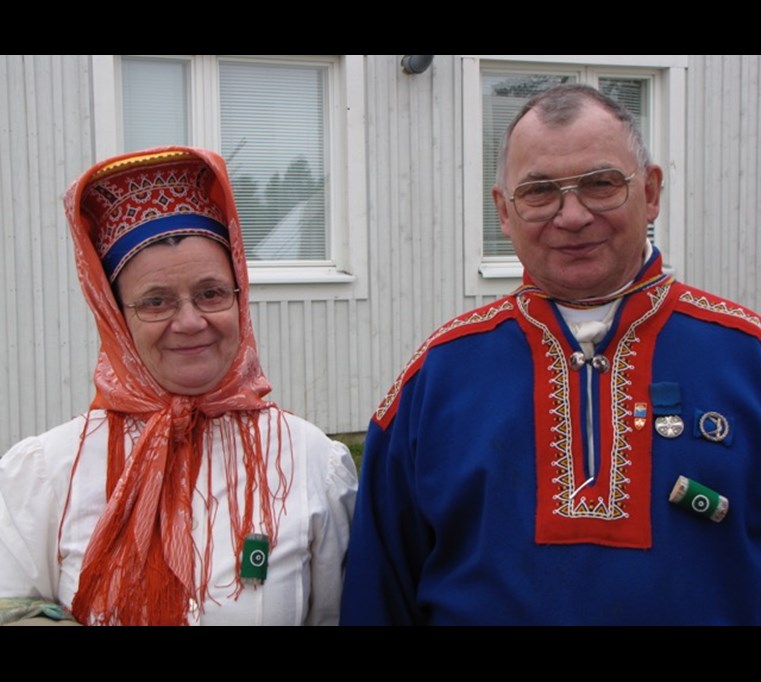 The Skolt Saami traditional dress is no longer used on a daily basis, but is still very much in use during special occasions. The woman’s clothing is particularly distinct from the traditional dresses used by speakers of other Saami languages, perhaps most evident in the hat, which differs depending on whether the wearer is single, married or widowed. 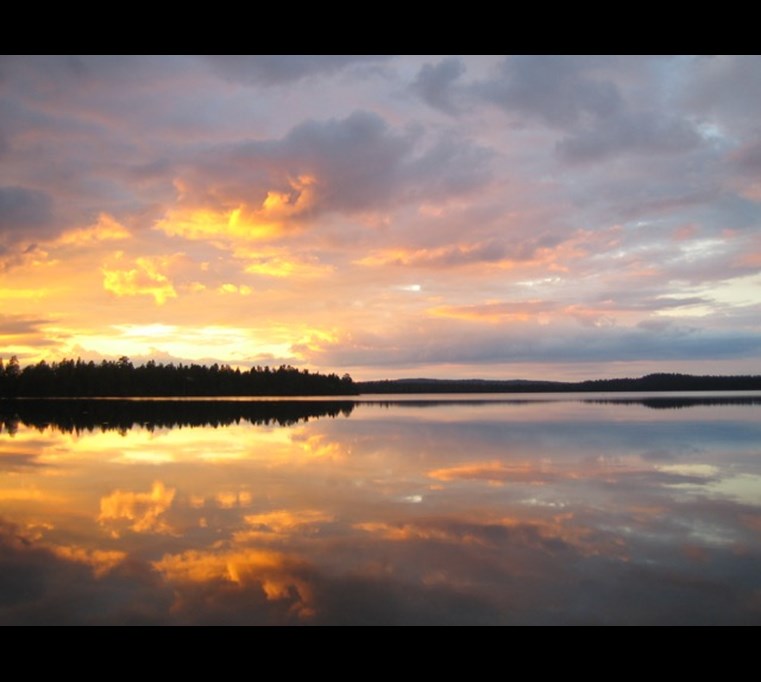 Midnight in the Arctic Circle

Skolt Saami is spoken in the far northeast of Finland, well within the Arctic Circle. As such, there is a period of several weeks in winter when the sun doesn’t rise above the horizon, but this is compensated for by the corresponding period in summer when the sun doesn’t set. This picture was taken around midnight. 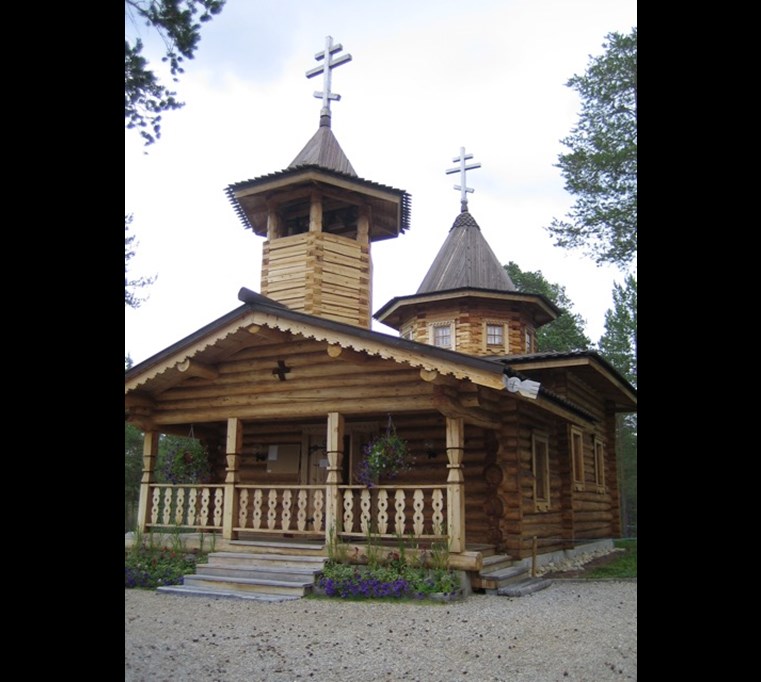 An Orthodox church in Nellim

Due to the close proximity of Russia to the Skolt Saami region, Russian influences can be seen not only in the language (primarily lexical borrowings), but also in the culture. Traditionally, Skolt Saami are Orthodox Christians and there is an Orthodox church in both the villages of Nellim (pictured) and Sevettijärvi.