Seri, know as Cmiique Iitom to its speakers, is a language isolate of Sonora State, Mexico, spoken in two coastal villages called Socaaix (Punta Chueca) and Haxöl Iihom (El Desemboque). There are around 700-900 speakers of the language, and unlike many other indigenous languages of Mexico, the speaker population is slowly growing rather than reducing.

Seri's verbs have one of the most extraordinarily complex inflection class systems yet observed, in which the morphological marking of plurality does double duty for subject agreement and aspect marking. It argues for a model of morphology intermediate between featural exponence and pure autonomy. 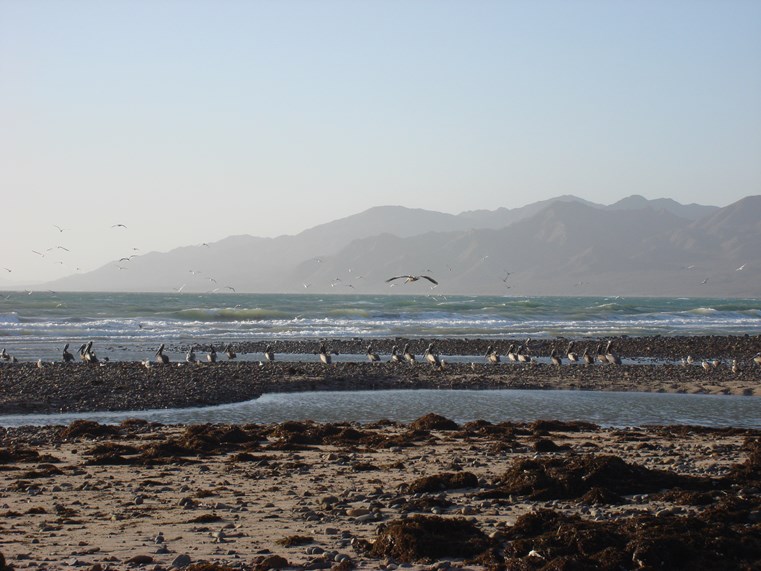 The shore of the Gulf of California, Mexico

The Seri people live in villages that evolved from fishing camps on the mainland coast of the Gulf of California.