SENĆOŦEN [sən'ʧɑθən], also known as the Saanich language, is the language of the Saanich First Nations community, from the Saanich Peninsula of Vancouver Island, Canada, and neighbouring Gulf and San Juan Islands. Along with five closely related Northern Straits dialects, it belongs to the Salish language family (Central Salish branch). The Northern Straits language is one of 32 indigeneous languages of British Columbia.

SENĆOŦEN, along with other Central Salish languages, has a complex system of non-concatenative morphology, mainly used to express aspectual meanings. The imperfective (also called actual) aspect in particular has been the subject of several linguistic analyses. The semantics of aspect in Salish languages is also of some interest, due to non-completive readings of certain perfectives. The Saanich Verb Database was initially created to house data from fieldwork on aspectual morphology and semantics collected for Claire K. Turner’s PhD thesis. It also contains data on modality.

Salish languages are also well known for the flexibility that lexical items exhibit in terms of what role they play in clause structure, such that noun-like items that typically refer to entities can be used as the head of a predicate, while verb-like entities that are typically used to describe situations can be used as arguments. This type of flexibility is sometimes used by scholars as evidence for a complete lack of a lexical distinction between nouns and verbs in some languages of the family; despite this controversy, it is at least widely accepted that the morphological and syntactic evidence for establishing lexical classes is much harder to establish than in other language families outside the region. 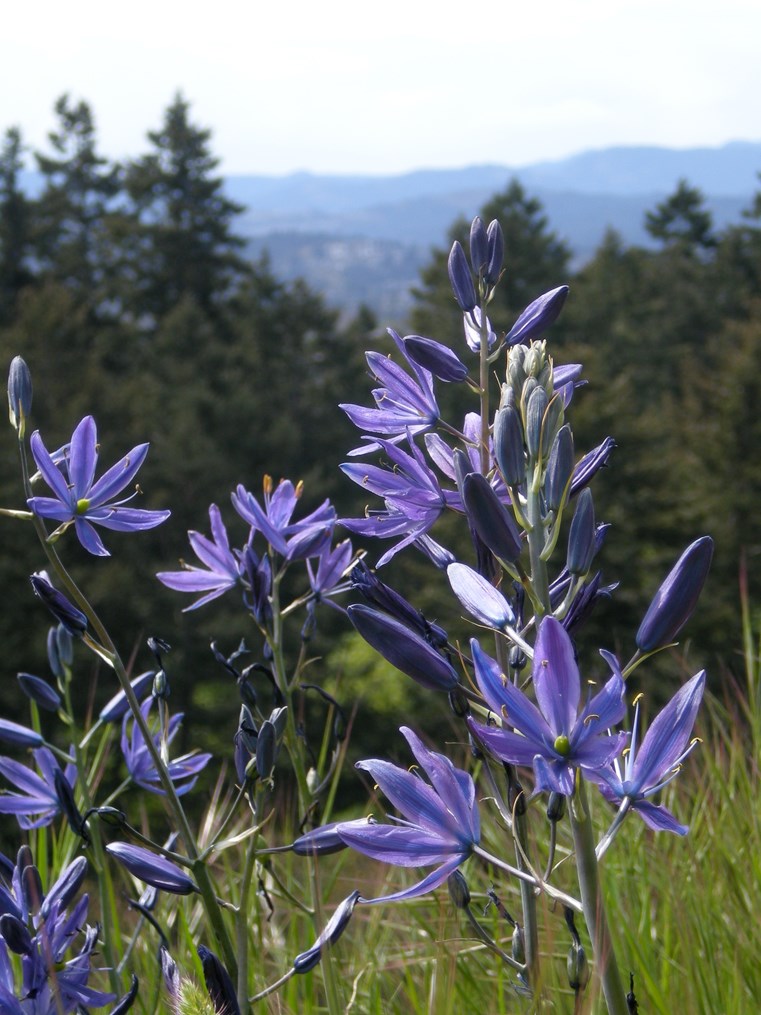 The bulbs of the Camassia species are edible and nutritious and are still used as a food source by many First Nations people in Canada.