Researchers in the Surrey Morphology Group have analysed languages spoken in every continent including fieldwork on Daghestanian, Oto-Manguean, Slavonic, Atlantic, Papuan and Tibeto-Burman languages.

Archi is a Daghestanian language of the Lezgic group spoken by about 1200 people in Daghestan. The language is characterised by a remarkable morphological system, with extremely large paradigms, and irregularities on all levels. Unusually, nearly every lexical class includes words that can agree with the absolutive argument of a clause.

Chichimec is an endangered Oto-Manguean language, spoken by an estimated 1,000 people in the State of Guanajuato, Mexico. Chichimec verbal inflection is characterised by highly complex stem alternation patterns, which may also interact with tonal alternations.

Gújjolaay Eegimaa is a Jóola language of the Northern branch spoken in a former small kingdom of ten villages in Southern Senegal. The language is characterised by a highly complex alliterative agreement/classification system in which both nouns and verbs are overtly classified. 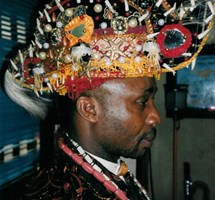 Eleme is a Cross-River language spoken by around 40-50,000 people in Rivers State, Nigeria. Eleme has a complex inflectional morphology including an extensive array of agreement affixes and clitics. It is one of the few languages of the world that uses reduplication and tone to signal the negation of verbal predicates. 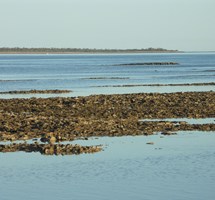 Kayardild is the traditional language of the Kaiadilt people of low-lying Bentinck and Sweers Islands of northern Australia. Kayardild is renowned for its morphological concord and Suffixaufnahme, where morphosyntactic features are marked on every word of phrase and single words can carry multiple, layered, morphomically-organised markers. 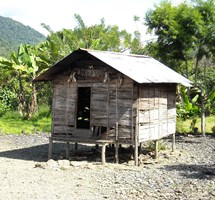 Mian, also known as Mianmin, is an Ok language spoken by 1,700 speakers in Sandaun Province, Papua New Guinea. Mian grammar is characterised by an interaction between a gender system and a system of classificatory prefixes on verbs of object movement, manipulation or handling used, in part, for reference tracking.

Nuer is a West Nilotic language spoken by 1-2 million people in South Sudan and Ethiopia. Its inflectional morphology is notable for the major role played by interacting alternations of vowel quality, tone and phonation type (breathy voice and creaky voice). 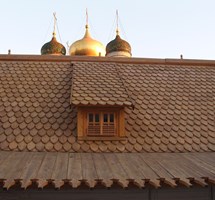 Russian is a Slavonic language spoken by over 144 million people across Eurasia, making it the eighth most spoken language in the world. In some respects it is a conservative member of the Indo-European family, while in others shows innovative traits. As just one instance, it is famous for its system of aspect, which pervades the verbal system. 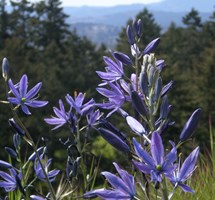 SENĆOŦEN is a language of the Saanich First Nations community, from the Saanich Peninsula of Vancouver Island, Canada, and neighbouring Gulf and San Juan Islands. Along with five closely related Northern Straits dialects, it is one of 32 indigeneous languages of British Columbia. 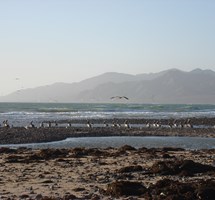 Seri is spoken by a few hundred people in Sonora State, Mexico. It is a language isolate, not demonstrably related to any other known language. The choice between dozens of different possible verbal suffixes gives it an inflection class system of unparalleled complexity.

Skolt Saami is a Finno-Ugric language spoken by some 150-300 people in the far northeast of Finland. The language exhibits complex morphophonological alternations in its morphology due to a combination of consonant gradation, vowel height alternations, palatalisation and contrastive vowel length.

The Alor-Pantar languages are spoken on the islands of Alor and Pantar in eastern Indonesia. They are a family of Papuan outliers with no known related languages for hundreds of miles. Numeral classifiers are found with numerals throughout the family, making the group unusual within the context of non-Austronesian languages of the area.

Northwest Solomonic is a linkage of languages spoken on Bougainville, Papua New Guinea, and in the Solomon Islands on Santa Isabel, Choiseul and in the New Georgia group of islands. The languages are typologically unusual in that some of them make use of apparent possessive morphology to index the subject of a clause.

The Oto-Manguean languages are a large family of nearly 200 languages spoken by over 2.3 million people throughout central and southern Mexico. They are characterised by complex inflectional class systems brought about by rich arrays of suffixes, prefixes, complex tonal patterns and stem alternations which may co-occur in a single word form.

The Slavonic, or Slavic, languages are spoken by around 315 million people throughout most of Eastern and Central Europe, much of the Balkans and in the northern part of Asia. They are characterised by extensive morphophonemic alternations in their derivational and inflectional morphology.

The Tamangic languages are a sub-group of Tibeto-Burman, spoken in the Himalayas of Nepal. They exhibit a complex system of lexical tone and breathy voicing. Discourse is characterised by a low referential density and differential case marking on ergative subjects conditioned by information structure and tense.

The languages of Vanuatu and New Caledonia belong to different subgroups of the major Oceanic branch of the Austronesian family. After Niger-Congo, Austronesian is the second largest language family, in terms of the number of languages, with over 1200 languages.