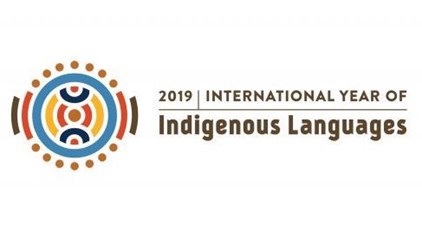 The Surrey Morphology Group is proud to partner with UNESCOs International Year of Indigenous Languages. At the SMG we are dedicated to the study of language diversity and its theoretical consequences. Linguists from the SMG work with speakers of indigenous, minority and endangered languages from around the world to discover the complexities of human language.

Throughout the year we will be celebrating the International Year of Indigenous Languages in several different ways.

You can learn more about the languages and speakers we are working with. During 2019, SMG researchers have worked on many indigenous languages including Nuer (South Sudan), Seri (Mexico) and Andi (Daghestan).

Endangered Cultures and Languages of Siberia

The Endangered Languages and Cultures of Siberia website - launched as part of the International Year of Indigenous Languages - is a multimedia collection of linguistic and cultural information supporting minority languages of Siberia.

We will be promoting different indigenous languages through our highly engaging blog Morph. Read Marina's latest blog post on the endangered language Archi.

Keep an eye out for events at SMG. In August, SMG convened a workshop on agreement on unusual targets, which is most commonly found in highly endangered indigenous languages.

Through our different research projects we will work together with indigenous language speakers to help promote and maintain the use of indigenous, minority, and endangered languages by creating vernacular literacy materials.

Why not watch some videos of West Polesian speakers telling folktales and life stories, made by one of our researchers, Kristian Roncero.

Michael Franjieh was awarded the DELAMAN Franz Boas award in recognition of his archived language materials of the languages of Northern Ambrym, Vanuatu.