Endangered Languages and Cultures of Siberia

The Endangered Languages and Cultures of Siberia site is a multimedia collection of linguistic and cultural information. 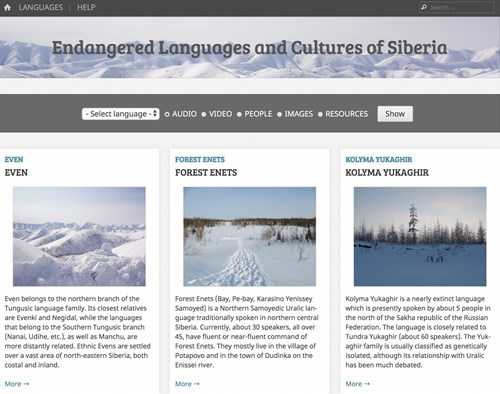 It consists of a corpus of original texts in several minority languages in audio and (partly) video format.

Each recording is accompanied by transcriptions, translations and analyses, as well as general information about the language, references, dictionaries, and images, all linked to present a flexible and interactive exploration space for a variety of users and to document a wide range of phenomena.

The aim of the site is to provide people from various backgrounds (linguists, anthropologists, speakers, language planners and the general public) with a database that can serve a variety of purposes.

The site should be sited as:

Chimane (also Chimané, Tsimane, Tsimané) is a language of the western Bolivian lowlands spoken by the Tsimane peoples living along the Beni River and in the region around San Borja in the Department of Beni.

Together with two closely related varieties of Mosetén, it is part of the Mosetenan group, which remains unclassified with respect to any other language family.

As part of the impact activities related to our work on prominent possessors, Sandy Ritchie produced Una gramática pedagógica de la lengua Tsimane [A pedagogical grammar of the Chimane language] for use by Chimane language activists. 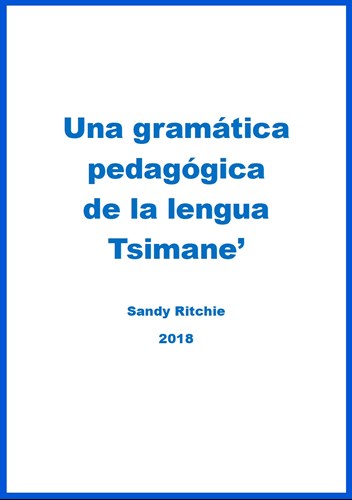 You can cite this resource in the following way: