As part of our commitment to the documentation and description of endangered languages, in July 2013 we organized a successful two-week workshop on the inflectional classes of the languages of Mesoamerica, with the help of Roberto Zavala at CIESAS-Sureste.

The workshop took place at the campus of CIESAS-Sureste in San Critóbal de las Casas, Chiapas, and a total of 12 language specialists participated in it, ten of them being indigenous native speakers who are postgraduates in Linguistics at CIESAS. The goal of the workshop was to produce a written presentation of the major characteristics of the complex inflectional systems of the languages of study. 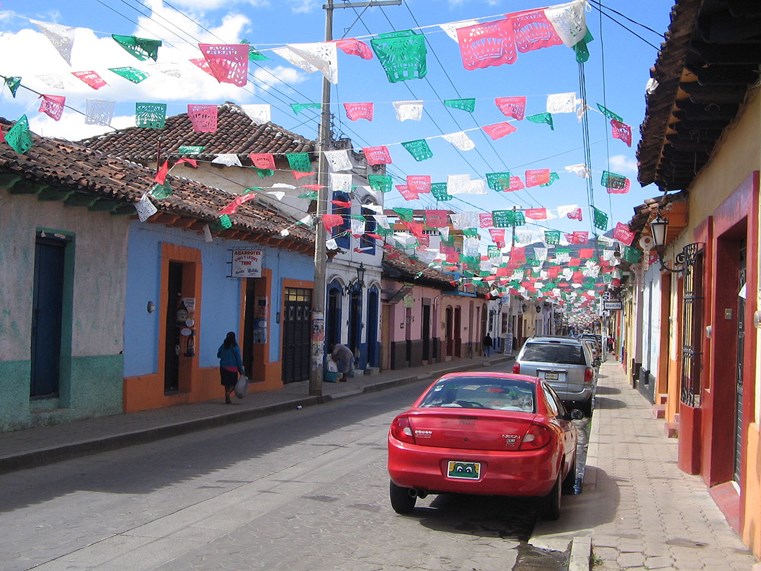 A street in San Cristóbal

On 20th July 2015, an article about our work on Oto-Manguean languages appeared in the Mexican press, in the national newspaper El Universal. The article was published in both the print and online editions of the newspaper. Less than 48-hours after being published, the online version had been shared on Facebook more than 2,300 times! 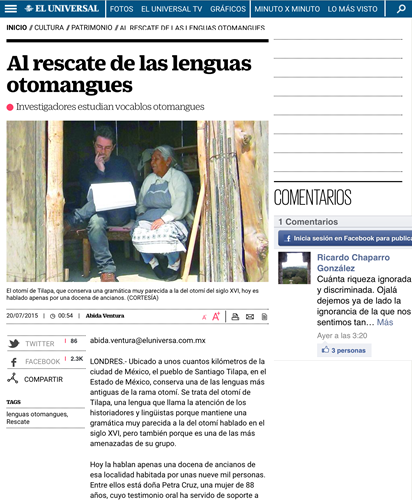 We have also raised awareness of our research through two blog posts in The Huffington Post. 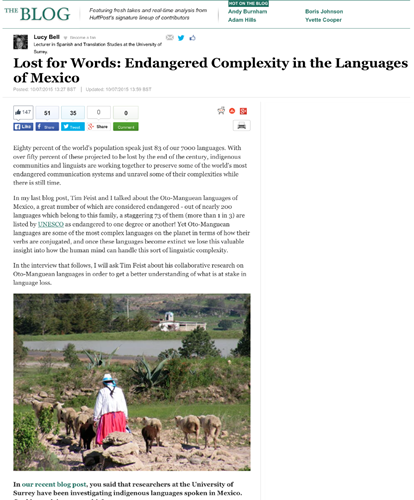 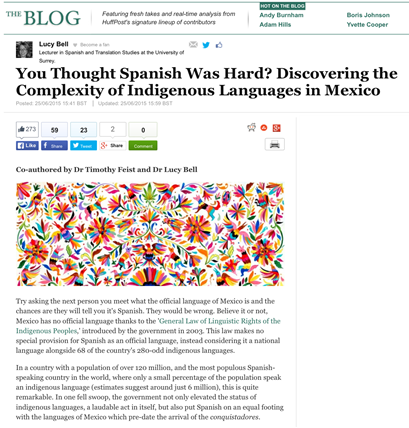 As part of our impact strategy, we wrote an article for OGMIOS, the newsletter of the Foundation for Endangered Languages. 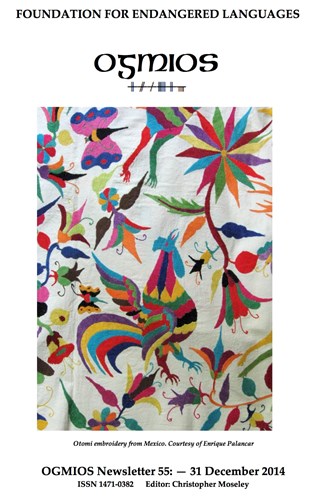